A Law enforcement source has confirmed with elect leaders that it was in fact Muslim terrorists that are responsible for the San Bernadino shootings.

Isis has now praised the “three lions” for their bravery and setting Americas streets on fire. 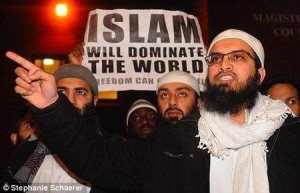