Thursday night during the California gubernatorial debate against Republican Neel Kashkari,  Governor Jerry Brown (D) stated that nearly 30% of the state’s students are either illegal immigrants or do not speak English.

Brown recently proudly proclaimed that all Mexican illegal aliens were welcome in California.  He said his great administration is “setting the pace” on illegal alien laws (benefits) and touted such laws he has signed as giving illegals drivers license’s, in state tuition to illegals (while those from other states in the country subsidize it by higher tuition costs) and the fact California was a sanctuary state.  He said all of these policies and laws were necessary because 30% of schoolchildren were illegal or could not speak English.

It has been estimated nearly 10% of all illegal aliens live in the state of California.  Is it any wonder that the state is near bankruptcy and 617 Billion dollars in debt?  I guess having almost 10% of your states workforce being illegal and not paying taxes does not hurt.

I can only imagine what a cess pool of disease is running around California with recent revelations of the diseases being brought across the border by illegal alien children. 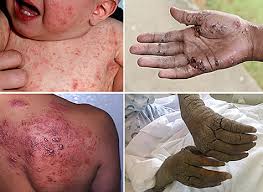